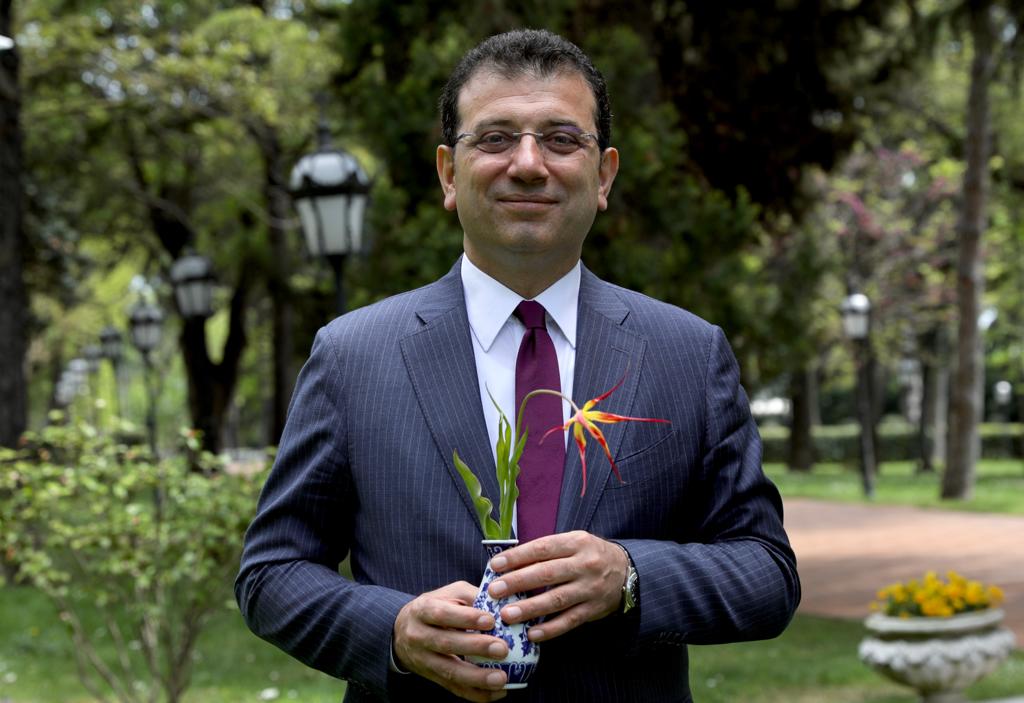 Return of the Istanbul Tulip

In cooperation with the World Tulip Society, the Consulate General of the Netherlands in Istanbul, and experts in The Netherlands, we returned the original Istanbul tulip to its birthplace.

On May 6 2020 Consul General Bart van Bolhuis presented the tulip to mayor Ekrem İmamoğlu, who greatly appreciated the gift. The typical Istanbul tulip with its almond shape and pointy daggers, was cultivated in the 17th-18th century in the Ottoman gardens, and were described extensively in the Tulip Album of 1725. The earliest documented record in Europe of this tulip was in 1811, where the tulip arrived from the Orient and were planted in the royal gardens in Paris. Soon after it appeared in other places in Europe and was registered as tulipa cornuata and later acuminata. The acuminata is still grown on a very small scale in the Netherlands, and its history was only known within a small community of garden and tulip connaisseurs. The event gained national attention in the media across Turkey.

Mr. Ibo Gülsen of IGMPR lead the project and worked closely with tulip specialists and art historians in Europe and Turkey to unravel the history of the Istanbul Tulip. Beautiful pictures of the tulip in the royal gardens were made with the support of Paleis Het Loo.

In 2021 a special brochure was composed and published by IGMPR for the World Tulip Society and Consulate General, and the tulip was again covered widely on national television and social media.